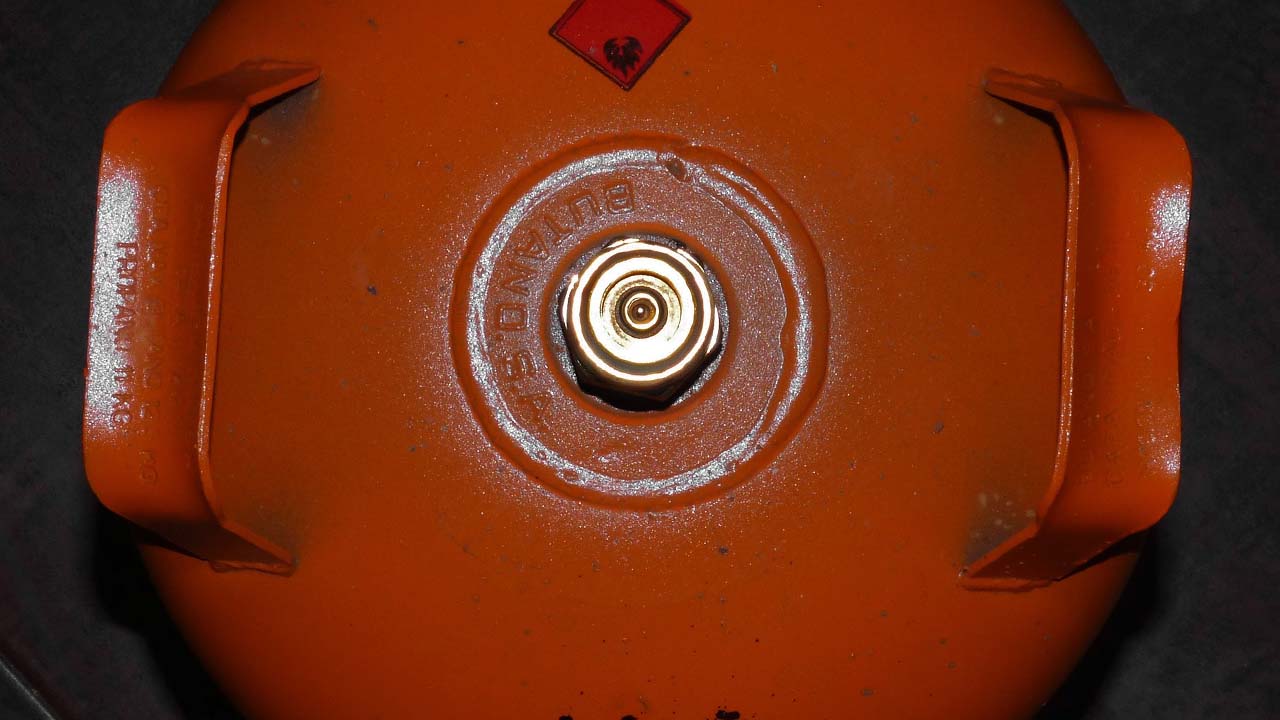 Difference Between Propane and Butane Gas

Liquefied Petroleum Gas or LPG gas comes in many forms, among them propane and butane. When buying bottled fuel or mobile heating stoves, the choices can be dizzying, so you need to know which is better. Propane and butane gases are the two most common forms of LPG with various uses in heating, refrigerants, hot water, and much more.

In this blog, we’ll look at the differences between propane and butane, including tips on which one is ideal for you.

Butane is a naturally flammable gas obtained from oil refining and natural gas processing. It has a boiling point of 0°C which is right around the same temperature for freezing water. Since it has a low boiling temperature, butane is rarely used in homes with colder climates. Exterior storage is pretty hard for Butane at freezing temperatures. It is nonetheless a popular fuel for torches, camping stoves, and lighters. Butane is a little less expensive than propane due to its improved fuel efficiency.

Propane is more volatile than butane gas because it has an incredibly low boiling point standing at a whopping -45°C. It is easier to store propane as it can withstand low temperatures. Uses of propane vary widely from stoves, gas tanks, lanterns, patio heaters, gas BBQ, and more.

Propane is mixed with other substances to form LPG. Since propane gas is odourless, an odourant called mercaptant is added to identify any leaks. The mercaptant has a strong odour, so it is easily identifiable.

The two gases share a few similarities as both substances are extracted from natural gas or petroleum oil. They are both used in heating stoves and fuel vehicles. Propane and butane both produce carbon dioxide, carbon monoxide, water, and soot when burnt.

Since they produce the same compounds when burnt, both gases are non-toxic to the environment. They are clean gases and an excellent source of fuel with less greenhouse gas emission than other fuels like gasoline, oil, ethanol, and kerosene.

Which gas is cheaper?

Butane is a tad cheaper than propane, although propane is somewhat cost-effective. This means it is easier to fill in 20lb gas bottles as you can purchase Propane in large containers. Butane is not widely available in hardware stores, so its price may not be an advantage.

Propane burns hotter than butane due to its chemical structure, propane – C3H8, Butane C4 H10. Propane has a higher calorific value which means it gives out more energy than butane. Propane has a hotter flame temperature, hence why propane is the preffered fuel for cooking / catering applications (as well as heating). Propane is denser and holds more litres in a one-kilogram gas cylinder.

Which gas is cold weather tolerant?

Propane has a better burn efficiency in cold temperatures than butane as it has a boiling point of -45°C. It is a great camping fuel in areas with cold weather conditions. However, for propane to work at such temperatures, it needs a thick gas bottle to maintain the pressurization levels.

Now that you know the differences between propane and butane, it is easier to choose the most preferred gas for your needs. One of the problems with attempting to use butane in cold weather conditions (below 0 degrees), is that the butane cylinder would start to ice / freeze up due to its boiling temperature. This is because the liquid gas in the cylinder cannot change state from liquid to gas at a fast enough rate.