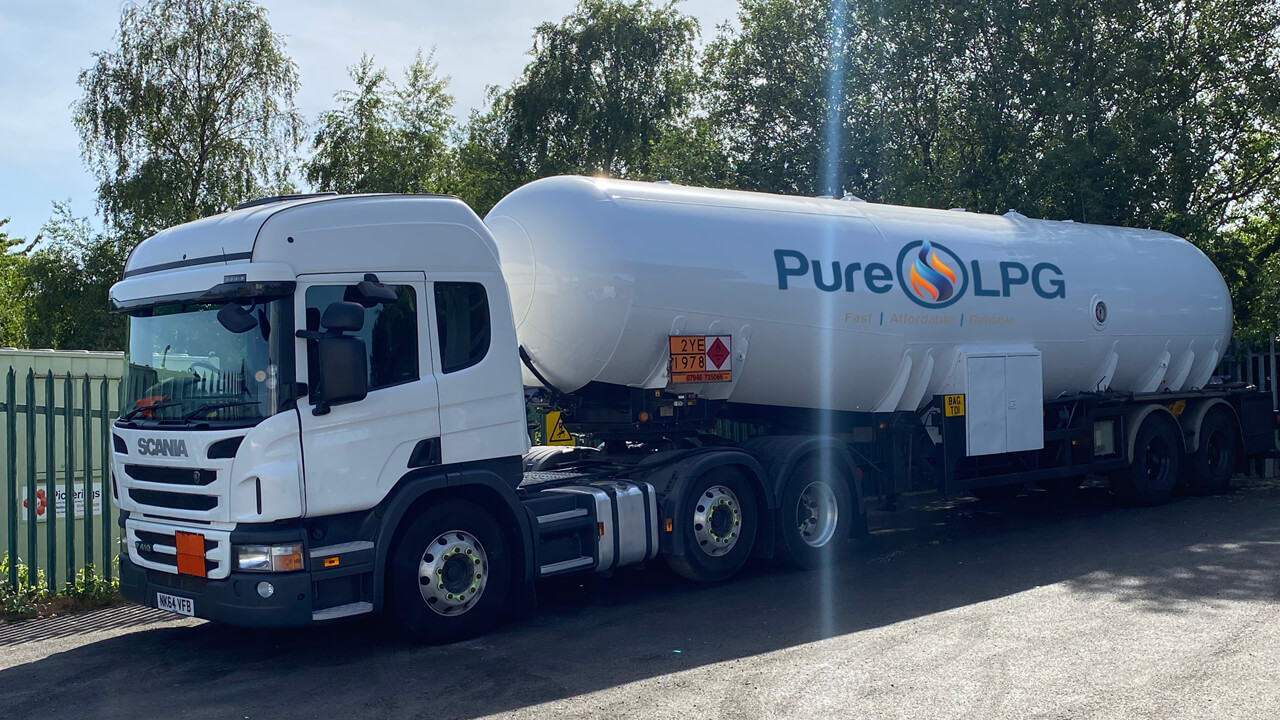 Basically it is a natural by-product of the process of separating hydrocarbon products such as petrol from crude oil in the ‘cracking plant ‘ at petrochemical refineries.

It can also be found in its natural state under the sea or under the ground, generally in the same location as oil fields.

How a gas cylinder Works

An LPG cylinder / bottle is a pressure vessel around 2-3 mm thick made of mild steel.

A ‘full’ cylinder is never actually full of liquid, space is left to allow for expansion of the liquid and for the compressed gas. So cylinders are normally filled up to a maximum of between 80 -87%

When the valve is opened, gas is pushed out by the internal pressure and there is a subsequent pressure above the liquid. The liquid draws heat through the wall of the cylinder from the outside atmosphere and begins to boil, just like boiling water, but instead of steam, it is gas vapour that is produced.

As the process of conversion to gas continues, the level of the liquid goes down. When the valve is closed again, or an appliance switched off, then the pressure inside will rebuild up to the same pressure as the liquid, irrespective of how much remains inside the cylinder.

Properties and Characteristics of LPG

AS A VAPOUR OR GAS

Properties and Hazards of LPG

At a liquid temperature of 15 0C or 60 F the following pressures would be expected inside a cylinder.

It would be almost impossible physically and financially, to store LPG entirely as a gas, due to the amount and size of storage containers required. So it is liquefied and kept under pressure to reduce volume.

As a liquid, it has a high rate of expansion

Cylinders and tanks are never completely filled with liquid; it varies by cylinder size between 80 to 87 percent of capacity, to allow for expansion in varying air temperatures outside or instances of other manmade heat sources being placed nearby. Even though expanded the weight of liquid in the cylinder will remain constant.

As a liquid it is odourless and colourless in its natural state.

It can be described as having the ’colour’ of water sometimes discoloured but still clear. When released as a gas it has no smell, refineries have to-by law- add a stenching agent to it usually Ethyl mercaptan, to give it that distinctive ‘cooking cabbage’ smell.

It boils at low temperatures

Both products draw heat from the air outside, through the walls of the cylinder / tank to aid vaporisation. As long as the air temperature around the cylinder remains above the ‘boiling point’ of either product, then vapour should be produced.

Butane can be affected by cold weather, and in deep cold winter months could result in very poor pressure to appliances.

Propane, with a much lower boiling point, should not be adversely affected in the British climate.

Excessive demand from appliances to both products stored in cylinders could result in poor performance as the boiling liquid can only produce certain volumes of vapour by cylinder size.

It is always prudent to match installations with the correct size or amount of cylinders to do the job properly.

The liquid will expand over 240 times its volume as a gas.

One litre of Butane liquid will produce 233 litres of Butane gas.

Only a small amount of liquid escaping will produce a large amount of flammable gas, it is therefore very important that cylinders are stored -and used -in an upright position to prevent liquid entering any valves or pipe-work.

That is why cylinders should never be moved whilst attached to working appliances in case liquid enters the pipe-work causing large amounts of gas getting to the burner heads.

As a Gas it is heavier than air

Butane and Propane both have a specific gravity greater than air, Propane half as much again and Butane twice as much. Which means that if released into the atmosphere, it will sink down to the lowest level available; basements, drains, ducts etc. and it will continue to gather  in low levels for a long time, until eventually reaching a flammable mixture.

LPG has low levels of flammability

Which means it only takes a small amount of gas in the air to produce a flammable mixture and create a fire or explosive hazard.

Which is why, unlike natural gas installations which have a small degree of tolerance to gas leaks, ALL LPG installations MUST be gas tight.

LPG has low viscosity and is very searching

Butane and Propane as either gas or liquid have very low viscosity, so it flows very easily and can penetrate even the smallest break in an installation, it will also react with oil based products which will result in leaks.

This means that it is very important not to use such jointing compounds as used in natural gas installations for an LPG one. Only such compounds as Calorie etc. should be used. Every joint and connection in an LPG installation should be thoroughly tested for soundness.

LPG is lighter than water

Lighter by half as much again, which means whilst it will sink in the air it will float on water, down streams, along drains and sit on pond surfaces.